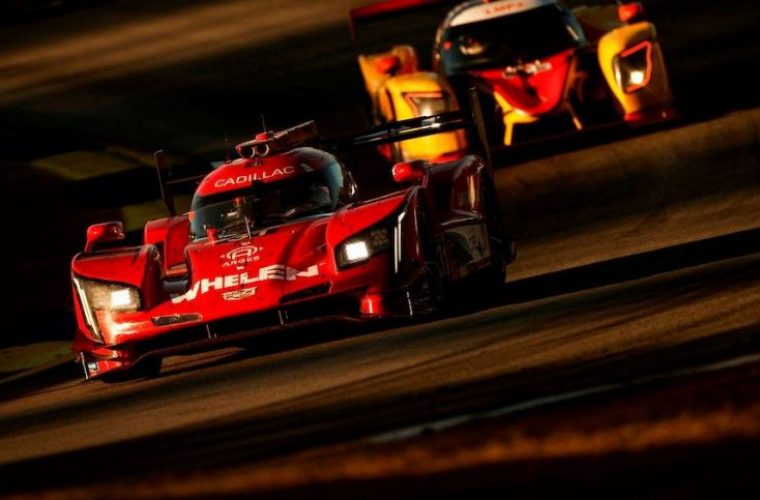 After a grueling 10-hour long-haul race at Petit Le Mans on November 13th, Cadillac officially clinched the 2021 IMSA WeatherTech Championship with Whelen Racing. The No. 31 Cadillac DPi-V.R, piloted by Felipe Nasr and Pipo Derani, crossed the finish line in second place, but earned enough points to finish first when competing for the championship title.

Prior to last weekend’s race, the Whelen Racing duo were locked in a tight race for the championship title with the No. 10 Acura ARX-05, driven by Ricky Taylor and Filipe Albuquerque. Not only was the overall championship on the line, but so was the drivers’ title. Whichever pair bested the other was guaranteed to win both. 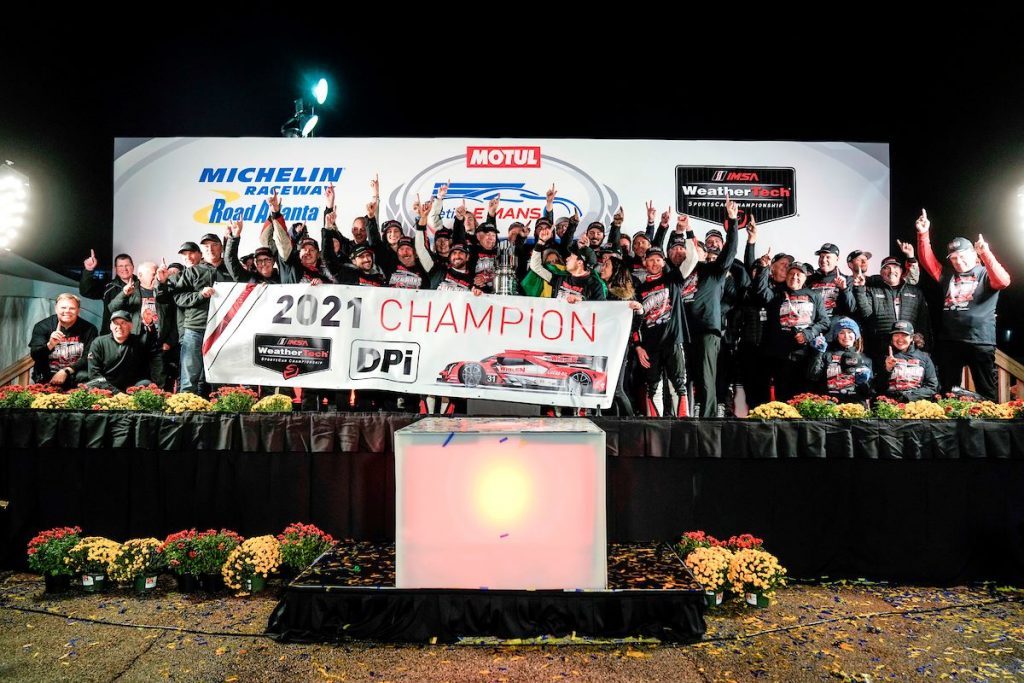 The two teams fought tooth and nail right down to the final lap. The No. 31 Cadillac DPi-V.R, under Nasr’s direction, held down second place ahead of the No. 10 Acura in third with Taylor behind the wheel. The American driver made a last-ditch effort to mount a charge heading into Turn 10A, sending his Acura through the gravel trap before entering the racing surface just ahead of Nasr. Not to be outdone, Nasr returned the favor in Turn 11, sliding past Taylor’s slower Acura. Nasr was able to hang on to second for the rest of the lap, finishing .405 second ahead of his rival.

“I knew he was going to try to make a last-minute move, but that was a little too wild,” Nasr said of Taylor’s endeavors to overtake him. “All the way to the gravel and then coming across the track. If there was grass there, he could have just continued. He had to go through the gravel, and then I had to drive to take the position back.” 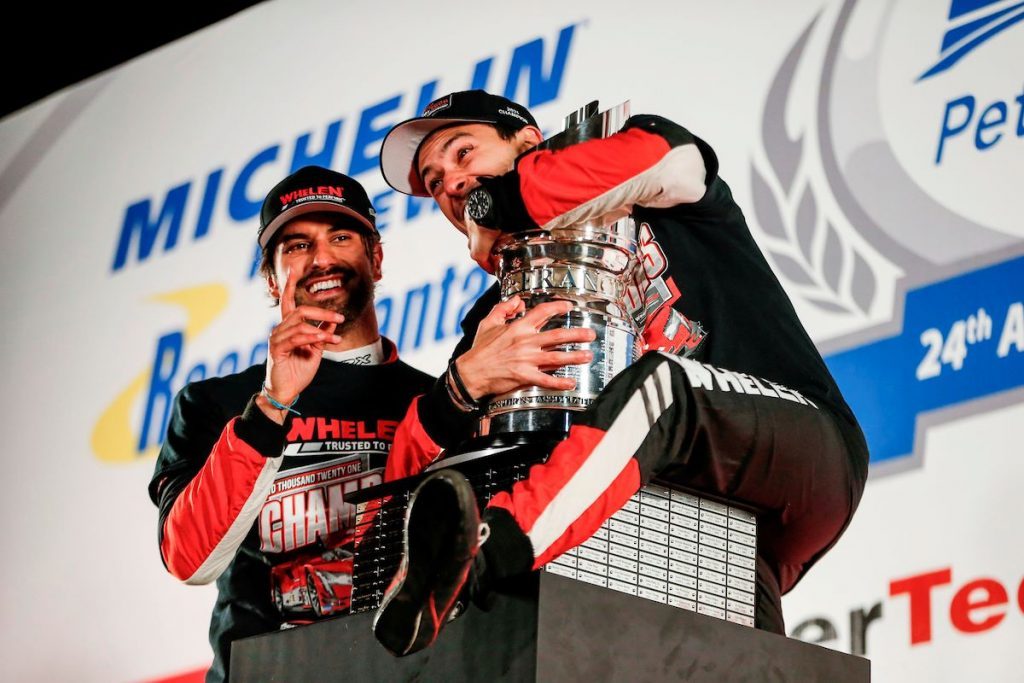 Taylor lamented the championship that slipped through his fingers in his post-race interview. “The championship literally came down to the final corner,” he said. “I just have to say I gave it everything I had. There’s going to be a lot of nightmares before [season opener] Daytona just thinking what I could’ve done differently.” 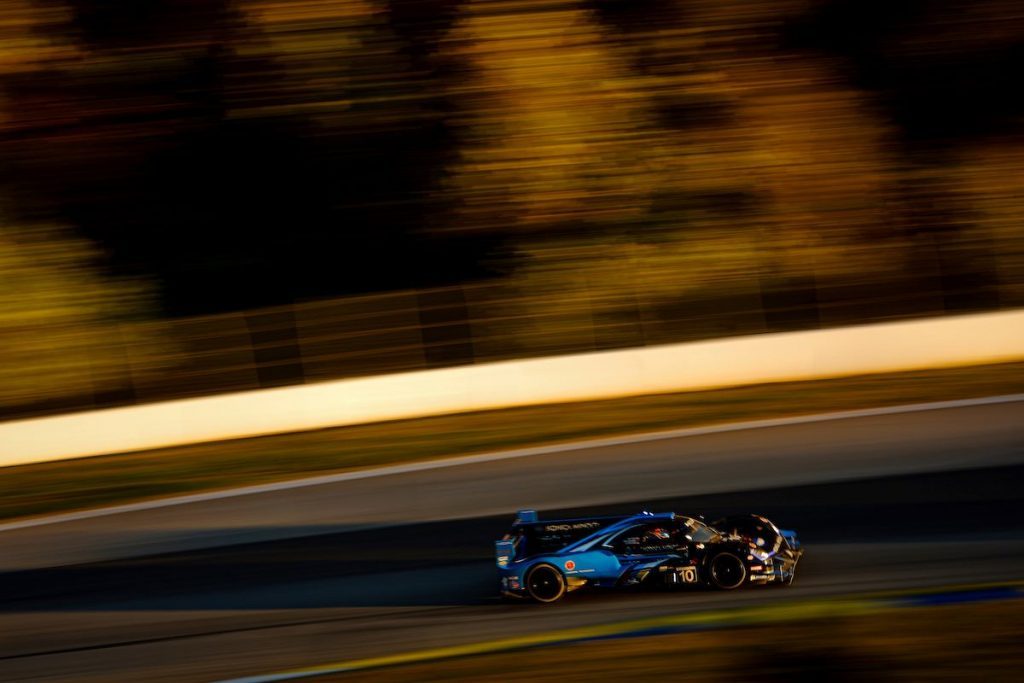 Mazda took home the DPi-class race victory in the event, which also happens to be its last race in the series. Harry Tincknell passed Nasr with 22 minutes left on the clock, ultimately finishing 3.297 seconds ahead of the Cadillac team. 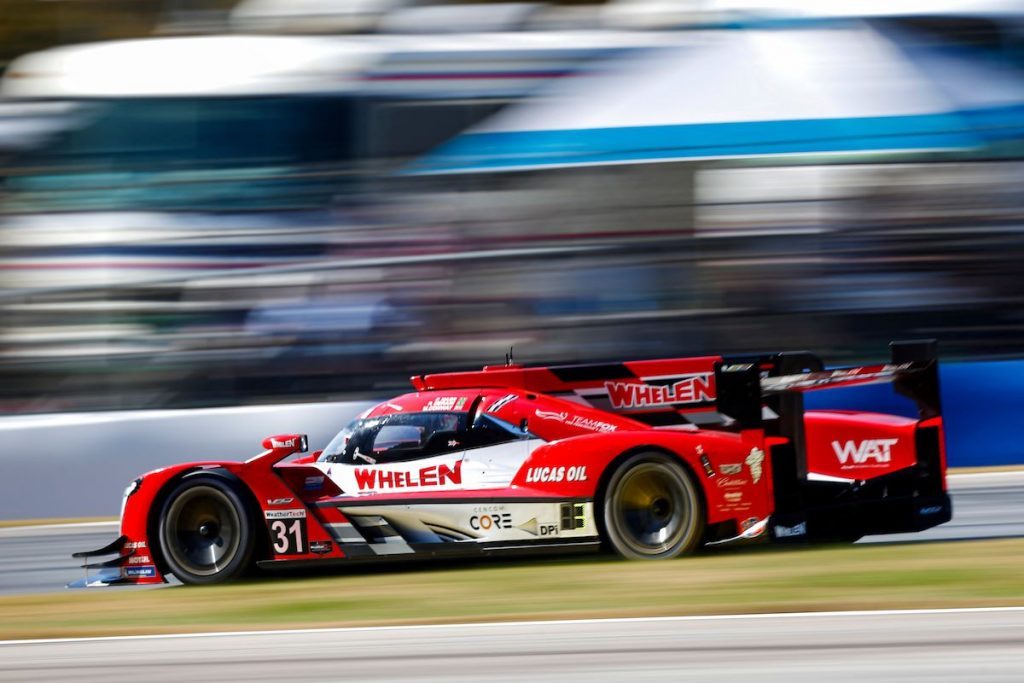 The Cadillac DPi-V.R will return to the racetrack in late January 2022 for the Rolex 24 Hours of Daytona, marking the start of its final racing season. Cadillac’s new race car will be the LMDh-V.R, set to make its debut in the 2023 racing season.

Subscribe to Cadillac Society for more Cadillac racing news, Cadillac DPi-V.R news, and around-the-clock Cadillac news coverage. We also invite you to join the latest discussions in our Cadillac forums. 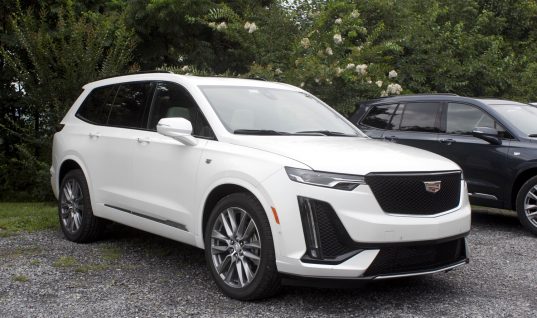