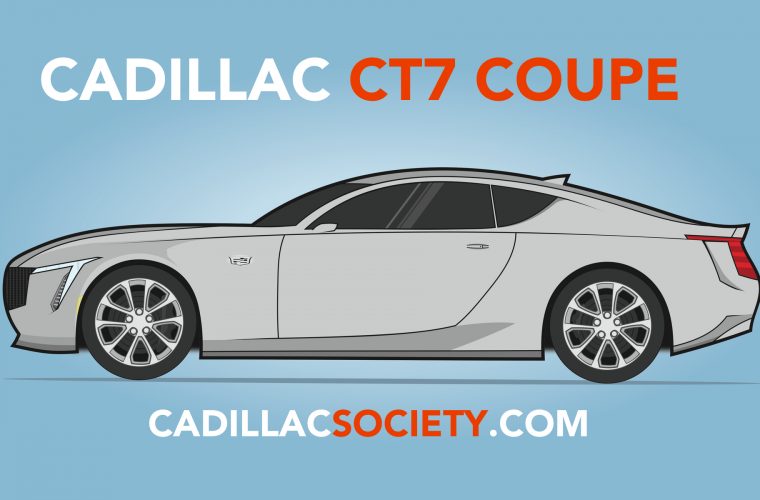 Remember that sexy Cadillac coupe that surfaced in a recent design patent application? We liked it so much, that we decided to color in the illustrations in the patent application in order to get a better idea of what a production model could look like, and here’s what we came up with.

The more we spent looking and manipulating the illustrations in the patent app, the more we realized that the vehicle is significantly larger than a compact/midsize CT5 Coupe that we originally believed this model to be. Instead, the illustrations seem to depict a large coupe along the lines of a Mercedes-Benz S-Class and BMW 8 Series. For the sake of sanity and simplicity, let’s refer to it as the Cadillac CT7 Coupe.

Before we go on, we feel obligated to tell you that the purpose of these renderings is to get a better idea of what the model in the patent application could look like, rather than to make the end-all, be-all representation of how the model could look like in the real world. So do keep that in mind as you scrutinize the images. Onward. 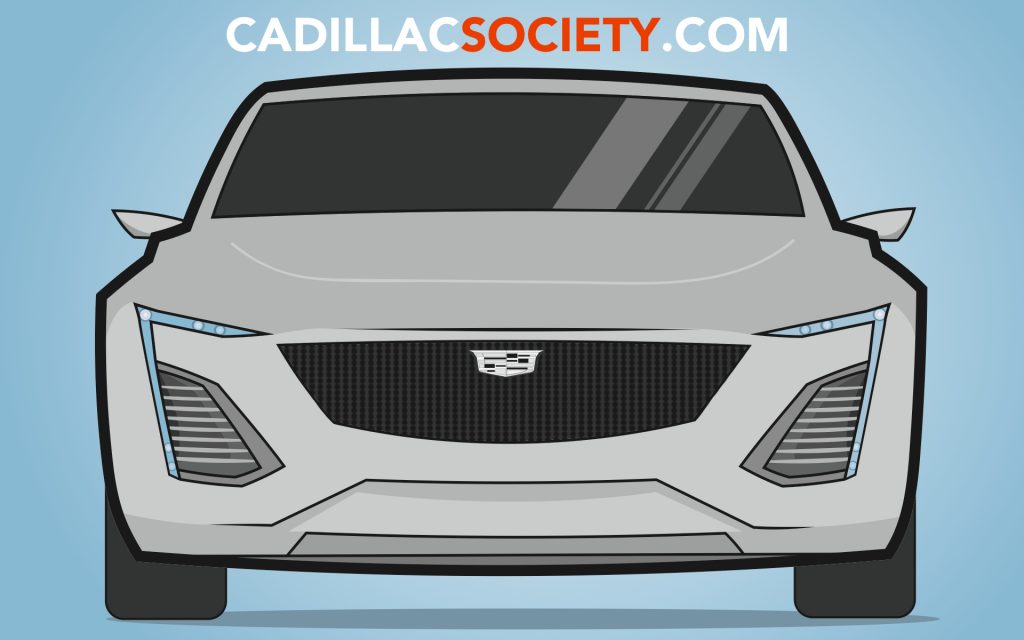 The front seems to draw significant amounts of influence from the gorgeous Escala Concept, albeit with some modifications in the lights, lower fascia and front inserts. The grille seems to be straight off the Escala. 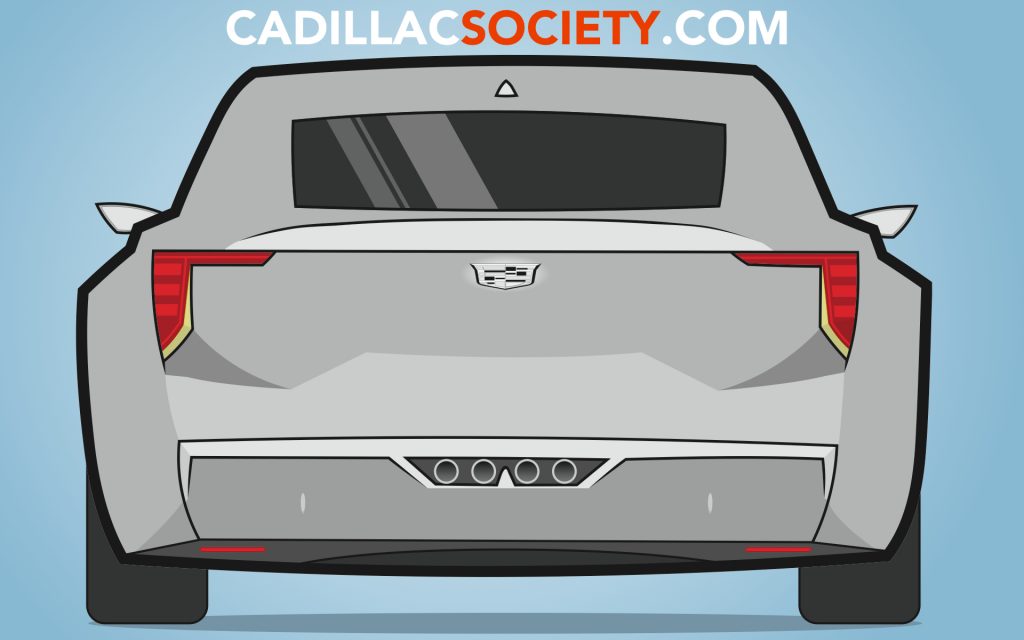 The rear features the “boomerang” taillight design, also introduced by the Escala Concept and most recently implemented by the 2019 Cadillac CT6 refresh. The patent illustrations also had four exhaust outlets sitting in the middle of the car, and we made them more prominent in our rendering. 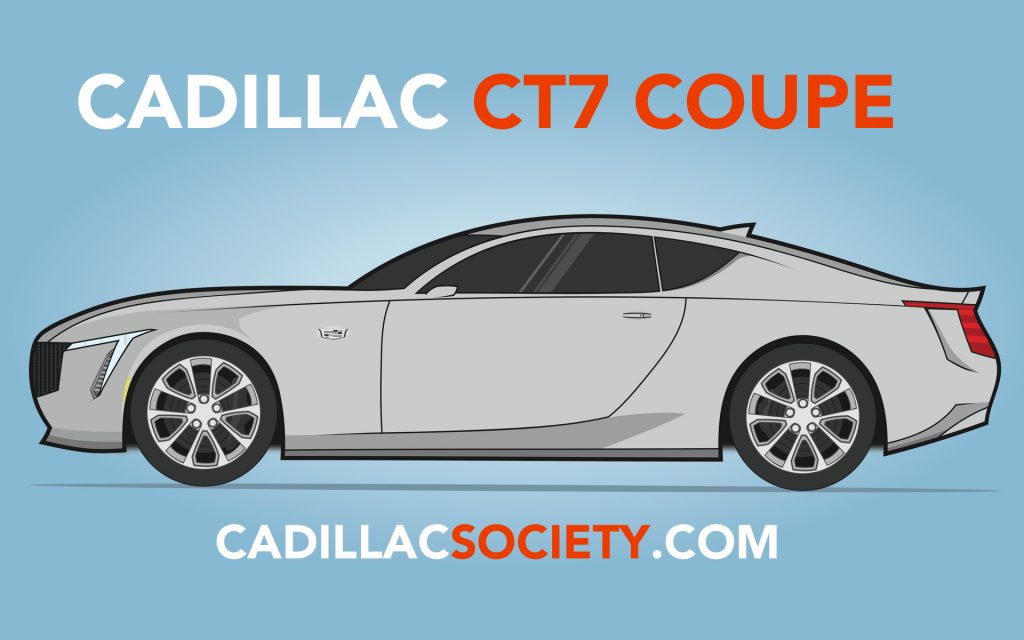 The side profile is most interesting, and was also the most challenging to draw. Notably, it was tough to figure out what to do with the front and rear lights from this angle. But the really long dash-to-axle ratio was instrumental in helping us come to the conclusion that we’re looking at a large Cadillac coupe, rather than a smaller model.

The shape also appears to have a resemblance to that of the Ford Mustang from this angle, but something tells us that the illustration is playing tricks on us, and that the car represented in the patent drawings will look nothing like Ford’s pony in person.

So, where to from here? Something tells us that the design patent application for this vehicle was not filed in vain, and that we will see the large Cadillac coupe at some point in the future. The real question is, will we see this beauty as a concept or in production form?

Coincidentally, the Pebble Beach Concours d’Elegance – the same venue where Cadillac unveiled the Escala Concept in 2016 – will run the final weekend of August, from the 21st through the 23rd. But as much as a concept would tickle our fancy, we’d much rather see Cadillac bring this model to production as a Cadillac CT7 or CT8 Coupe. Here’s to hoping. 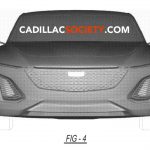 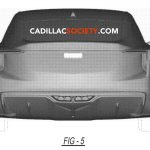 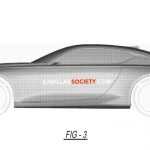 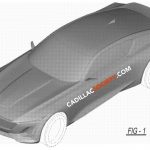 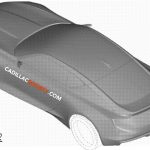 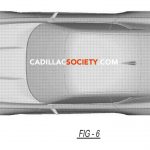 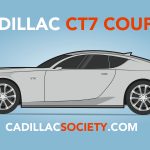 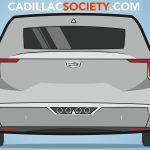 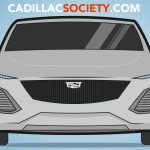 Cadillac CT6-V Not Coming To China: Exclusive
3 years ago 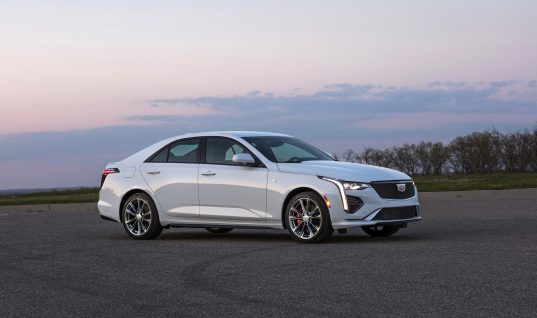 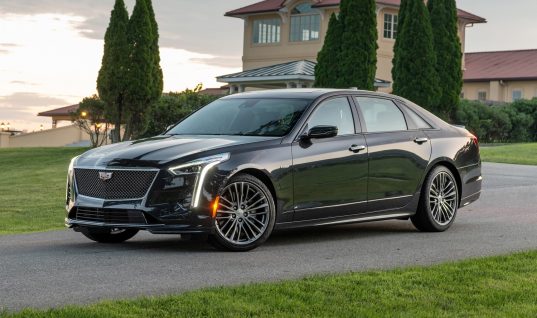 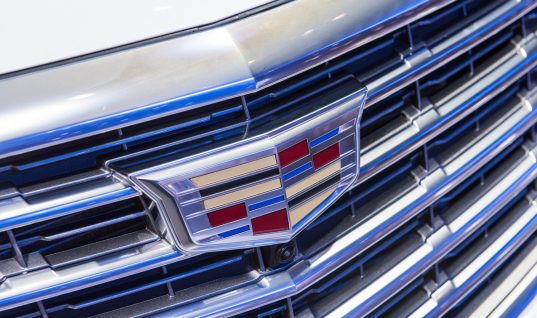