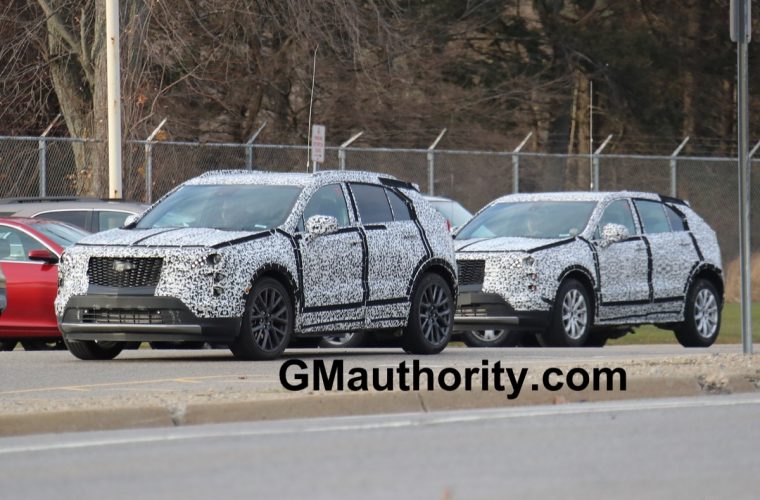 XT4 is the name of an upcoming compact crossover range from Cadillac. The vehicle will introduce Cadillac into a segment that it has never been present in.

The following information is speculative and has not been confirmed or announced. If you notice any inaccuracies or have suggestions about the information provided, please let us know here.

Here’s what we expect from the Cadillac XT4:

It is currently unknown how Cadillac will price the XT4. We expect the vehicle to start at the $34,000 range.

Cadillac has not yet announced when the XT4 will come to market, but we expect it to launch in the 2018 calendar year as a 2019 model year vehicle.

The XT4 name is the result of Cadillac’s new naming scheme, wherein the brand labels cars like sedans, coupes, and wagons with the CT moniker, followed by a number designating its “sequence” in the lineup. Similarly, Cadillac crossovers and SUVS will be named XT followed by a number identifying its sequence in the vehicle hierarchy.

General Motors filed a trademark application for the XT4 name with the Untied States Patent and Trademark Office on November 7th, 2014.

The Cadillac XT4 will ride on General Motors’ front-drive E2 platform shared with the following vehicles:

As such, the XT4 will have a transverse powertrain configuration.

We expect the Cadillac XT4 to feature the following engine choices:

We expect that the Cadillac XT4 will be offered with the new GM 9-speed automatic transmission. The plug-in hybrid model will have its own powertrain.

We expect the Cadillac XT4 to be available in one body style – a compact crossover.

We expect that the Cadillac XT4 to compete with other compact luxury crossovers:

Cadillac XT4 pictures are not yet available. Stay tuned as we update this this section when Cadillac releases pictures of the vehicle.

Cadillac XT4 specifications are not available at this time. We will update this section when Cadillac releases information about the vehicle.

Stay tuned on information about the second-generation, future Cadillac XT4.